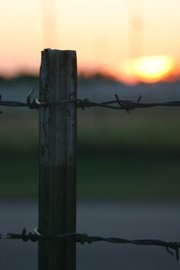 There are many things in my past that have left scars on my heart and hurt worse than one can imagine.  I don’t share these things much but I am thinking maybe it is time to share something.

I stood in the bathroom, looking down at the pregnancy test that laid on the side of the sink.  I had been to Planned Parenthood, I had taken the birth control pills, even though they made me incredibly hyper and I worried about taking them while still nursing Kristen.  Kristen was only three months old!!    The migraine had not subsided in over a month.  I knew that something was very wrong.

Even though I already had one tiny baby, the idea of having another so soon wasn’t that daunting.  Being an only child I kind of embraced the idea so that Kristen wouldn’t have to grow up alone.  That she would have a sibling that would bless her life.  I am my mother’s 12 pregnancy.  She struggled so much just to get me into the world, I wanted to let her have grandbabies that she could so spoil.

No, John and I were not married at this time but even that didn’t bother me.  I knew that we were meant to be at some point.  I knew that even if we never married that it would be okay too.  But this horrible migraine was killing me!!

I set up an appointment with my doctor.  Told her all that was going on and my fears and my incredible hurting head.  She set up some tests and I was indeed pregnant.  So off to have a sonogram to see how the baby was.

As the tech rubbed my belly with the incredibly cold gel and began looking around inside, the look on her face let me know that something wasn’t right.  She left me laying there while she left the room.  She and the doctor returned.  Both women gazing at the monitor that I wasn’t being allowed to look at.

She softly wiped the gel from my belly and sat me up.  She told me to put my clothes back on and that I could wait for the doctor in a little private waiting room.  I sat on the ugly sofa waiting.  My head pounding and knowing that something wasn’t right.  Hoping that they would hurry so that I could get back and breast feed Kristen.

The doctor opened the door slowly and stepped inside.  From the look on her face, she was concerned.  Having been a nun at one time she didn’t hide her emotions well.  She sat beside me on the sofa and took my hand.  The sadness that filled her eyes was unmistakable.  She said, ” You are about 2 1/2 months pregnant.  I am thinking that the migraine is because the umbilical cord is already wrapped around the baby.  Your body has already done away with the pregnancy.

Very mixed emotions filled my heart, filled my mind, filled my very soul.  I sat there crying uncontrollably.  Tears of sadness, tears of relief, tears of hatred.  I just wanted to walk away and never look back and the emotions were making the pain in my head pound even more.  With my hand in hers, the doctor told me I had two options.  The first, she could admit me into the hospital and have a DNC done.  That the cost of the procedure was totally my own.  The second, I could make an appointment at the local abortion clinic and have it done which was also at my own cost.  I asked which was the less expensive.  She said that in the hospital it would cost me about 3500.00 and that the abortion clinic would cost me about 250.00.  I told her that there was really only one option.  I could come up with 250.00 dollars but I could not come up with the 3500.00.

She told me that she would take care of the appointment and that the sooner we could get it done, the better off I was going to be physically.  She felt that until it was done that the migraine was only going to get worse and my body was only going to try harder to abort the dead fetus inside of me.

Two days later I sat in the waiting room of the abortion clinic.  Alone because I wouldn’t let mom or dad go with me.  I had not even told John so he didn’t know.  I didn’t tell anyone else either.  So, alone and scared I sat.  The young lady at the desk called my name.  She had a sweet, soft voice and was very nice as I sat across the desk from her.  She explained what was fixing to happen, took my money and handed me a cup with a Valium in it.  “Is this necessary?  I am breast feeding.”   She assured me that it would not effect Kristen and that it would help me stay calm.  Pill taken, I was escorted across a patio and into another waiting room that was packed with other women.

I sat in the chair that I was provided, the warm sun beating down on my back from the wall of windows behind me.  For the first time in over a month, my headache was dulling.  Still, my knees were knocking.  I felt more alone in this room packed with women than I had ever felt in my life.  I began to listen to their chatter.  Many of them knew each other from previous visits to the clinic. This perked my curiosity.  “You have done this before?” I asked more to the room as a whole than to any one person.  A young woman to my left spoke up first, “this is my fourth.”  The woman next to her, “this is my second time.”  They began telling me why they had been here more than once.  Religion didn’t let one of them take birth control pills.  Economic reasons didn’t let some of them afford the medical visit that would give them the prescription for birth control pills and they could not afford the monthly cost of the prescription.  One young lady was a local prostitute and she didn’t want to have children.  ONE.  Most of these women were married, most of them educated and they were all sitting here for the same reason.  They could make this choice.

After the procedure, the Valium had taken its right path and I sat in the warm car, numb.  I didn’t feel anything.  I drove home in complete silence.  The radio didn’t even seem to play any songs that I wanted to hear.  The sound of the car seemed to roar in my ears.  I walked into the house, straight to Kristen and held her close.  Loving her and hoping that she never had to endure what I just had. I fed her, and loved her and then I handed her to my mom to rock to sleep.  I crawled into bed and slept for the first time in a month.

The doctor called while I was sleeping to check on me.  She said that some of my blood work had come back and that she needed to talk to me the next day.  I called early the next morning.  She said she was concerned about some of the blood work.  She said that the reason that the birth control pills had made me hyper was that I was allergic to the horse serum that was used in them.  That the reason that I got pregnant taking them was because my hormones were not normal to start with.  I am the incredibly strange woman that has equal parts testosterone and estrogen.  When I took the birth control pills it elevated the estrogen side and made it possible to get pregnant.

This wonderful doctor was at a Planned Parenthood Clinic.  She was concerned about my health.  She wanted me to be healthy so that when I decided that it was time to have another child I would be healthy enough to endure it.  Unfortunately Kristen did grow up an only child.  My health issues didn’t go away but I was incredibly blessed to have the awesome daughter that I have!  I was also blessed that an incredible doctor at Planned Parenthood took the time to find out what was wrong, hold my hand and keep my health as well as we could.